The Importance of CAD Models for Metal Fabrication Projects 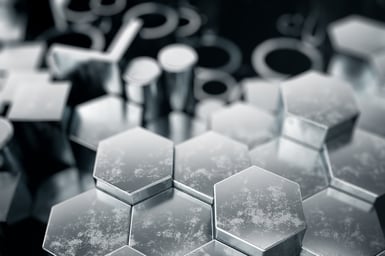 It’s not an area that gets a lot of coverage with the general public, but when it comes to design and manufacturing, in a lot of ways, “the future” arrived a couple of decades ago, and has been heavily relied on ever since. Prior to the use of CAD models in many industries, the ways that engineers, architects, designers and many other experts came up with ideas was through the use of schematics and blueprints. CAD models changed all that for the better.

The Mind’s Eye Made Real

The importance of CAD systems comes through because of two primary reasons; speed and versatility. CAD stands for “computer assisted drafting,” and what it means is that computers were introduced into the most crucial part of any industrial endeavor, encouraging human imagination to come up with new ways to build things.

Before a car, phone, surgical instrument or building becomes a reality that people actually use, it starts out as an idea in one person’s head. In order for that idea to become an actual, real world, physical object, a clear plan for how to create that object, right down to precise measurements, must be committed to a format that other people can read so they can follow those directions.

Before CAD, people did this the hard way, on paper, with pencils and rulers, requiring that paper to be photocopied and disseminated to others if many people were required to follow the plan.

The incorporation of CAD into design and manufacturing was a huge productivity boost for many industries. Mistakes no longer required an eraser and redrafting to fix a tiny error. Because the file was digital, it could easily be duplicated and transmitted wherever it needed to go, or be kept in digital format until a printout was required.

CAD was also much faster for the designers to use. Basic geometric shapes such as squares, circles, spheres and straight lines could all be created instantly by the computer, rather than requiring a ruler, a steady hand, and evenly applied pressure on a drafting pencil in order to create these images. Because objects and repeating patterns could be easily duplicated, designers no longer had to redraw the same pattern or design over and over again on a schematic, a simple “cut and paste” would do the job rapidly.

Another great asset that CAD models provided was much better visualization. In the 20th century, if an architect, for example, designed a building, there would need to be blueprints for constructing and engineering to follow. But if people wanted to see what the building actually looked like, that would require concept art to show, or models to be built.

Today, the CAD design itself can be viewed in three dimensions within the computer, and if that’s not enough, new technologies like virtual reality allow people to view environments—or cars, or manufacturing components—as fully realized 3D, virtual objects they can interact with, or walk around in.

Not Just For Planning

Perhaps the biggest innovation came with CAD models for metal fabrication and other industrial requirements. Because of the precise measurements included in a CAD design, industry experts eventually realized there was no good reason to not simply have sophisticated hardware—such as CNC systems that followed precise directions anyway—go straight to the source. Why input a series of measurements for the creation of a part or component second time when the original measurements were already stored in a CAD file?

Because of this, CAD models eventually moved over to manufacturing as well. From a building standpoint, this has made the creation of objects much easier. The mechanical precision of a CAD model is now married to the mechanical precision of manufacturing hardware, for precise, repeatable results that can even be transferred to a mass production scale.

CAD models are, in many ways, responsible for letting designers, engineers and architects run wild with their ideas while still making it possible to bring these complex imaginings back into the real world.

Today, CAMM Metals operates a 17,000 square foot facility utilizing the latest 3D CAD/CAM software, CNC Machinery and highly skilled employees to service the Metal Fabrication, Laser Cutting, CNC Machining, Waterjet Cutting and Welding needs of Manufacturers and OEM’s throughout New England. Quality work and timely delivery are the principles that we focused on as a one man operation and they are the same principles that drive our company today. 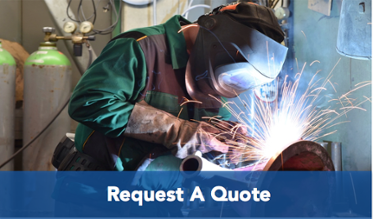 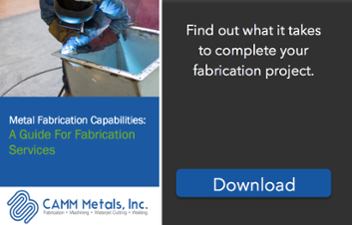